A few days ago while I was at work,  I began to think to myself no matter how kind you are to people, some people are always going to be ugly. I had a job that was what I like to call “my play money job”. I called it this because I would come in  for just a few hours to help out, they are short staffed (the manager likes it that way, weird to me), the manager knew me and she called asked me if I could help her out. So I said “Of course”. I only lasted three months. I am so amazed at my self for being there that long, and I do NOT see how the other ladies have been there longer and are still THERE! My first week or two were the best! I hardly worked with her (the manager that hired me) and the other ladies were great. But one of the ladies quit on the spot so she had to start working the hours that I was there. That is when everything crashed.

She was always rude, obnoxious, and all around disrespectful. Normally, I would have a word with someone like that. I would have done it kindly, but instead I would always sweep her ugliness under a rug, smile, and did whatever she requested when I could get around to it (I was already working on something that she had just given to me). I’m only human, not a robot (I refuse to be treated like one or act like I can do a hundred things at once as fast as lightning). That only made things worse, she would make comments like “Oh, you just drag, you have no pep in your step. You used to work so well here…blah blah blah”. Again, I would just look at her and smile. I always try to hold my composer with people. Even though they are acting crazy and have an ugly personality does not mean I have to get down to their level and lose who I am, for one person.

There would be days when she would come in not feeling well (and I had to work with her). I would toss to the side (not throw away) the ugly comments she had thrown at me before, and I would do my best to make things easier for her so she did not have to stress out that day. I was so nice to this lady. I’d tell her ways that may help her situation, go see a doctor, everything will be ok, I’m sure whatever is going on it is nothing fatal. She is a drama queen and she would be putting on as if she was dying. I did my best to help her out. On one of the days like this (where she was not feeling well) she gave me a project. There are two ways to get this project done so I chose the one that I was most comfortable with and could get done the fastest (I do not want to drag on this project, she already thinks I work slow on purpose). So I finished the task and right before my shift is over she tells (despite feeling like she is about to die) “You did this all wrong. This is not how I wanted you to do this” and she went on and on. It really was not a big deal, but because she is this way, I just went on a head and came in on my day off to redo it. But, that night she gave me hell about it. Eventually these words came out of her mouth, “I’m trying to make you feel bad, I want you to feel bad for not doing it right the first time”. I should have said I quit right then and there, but because I am the way that I am, I didn’t, I knew they were barely functioning considering that we lost a member of management, so I stayed, until now. What is crazy about all of this is that this same person contacted ME and asked ME to come work with her, I did not apply or ask to be a part of that team.

My whole point is that no matter how kind you are to people; no matter how much you try to buff out their rough edges, some people are just going to be ugly. I had to learn this with this job (we go through everything for a reason). I have never had someone treat me this way before. I have encountered rude people before, but not worked with someone for months and they consistently treat you like this. I always figured my kindness was going to eventually get to her and she would be nice to everyone, it was not just me. But I didn’t see it happen. Who knows maybe it will one day. I’m not saying this to say give up on being kind to those that disrespect you, but never stoop to their level, always be yourself.  I could not continue to put up with her ugly ways and since it was a play money job, I didn’t have to. Working there was not a necessity for me. 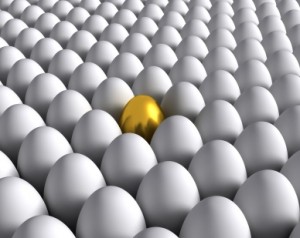 Be the golden one in the bunch

It is really too bad that people do not know how to work with people that are different from them. CLEARLY, we had different personalities but that does not mean because you are higher up than me, with your position, that you can disrespect me. Everyone wants to be treated with respect, but everyone is not dishing it out. If only we all could live and treat others the way we want to be treated, this world would be a better place. Think back to kindergarten the only rule back then was the GOLDEN RULE. We have forgotten all about it.

This has been a long thought for the day, if you have anything you would like to share about this, I would love to hear it.

Have a fabulous day Jewels!

3 thoughts on “What Happened to Applying the GOLDEN RULE?”